Elizabeth Petersen – One Woman’s Story of Growth and Empowerment

Elizabeth Petersen, chief people and strategy officer of Simplify Compliance, was named the winner of SIPA‘s 2017 Volunteer of the Year Award. Elizabeth is passionate about women’s leadership growth and building a culture of innovation at the workplace. Here’s a story of her own struggles, realizations and continual progress.

—
This blog post, written by former member of the US Women’s Rugby National Team Jen Sinkler, should be required reading for all female athletes. And women in the workplace. And, while we’re at it, all people.

I’m not certain I ever publicly declared I was good at something, athletically or professionally, until recently. And when I think of it, I rarely hear female colleagues, or the women I coached, praise themselves or celebrate personal accomplishments.

A few years into my stint as a rugby flyhalf, I was discussing plays with a new coach. I suggested a few series where I’d kick deep and strategically, to take advantage of our quick wings.

The thing is…I could kick. I could kick accurately. I could kick long. I could kick under pressure. I could kick creatively. But, in that moment, I said nothing. I started to think that my boot must be far less powerful than I had thought…that I was probably too sloppy to place the ball away from the opposing fullback….that I’d never get the distance I needed. And my backline spent the better half of a season relying exclusively on a passing game that did nothing to take advantage of our unique strengths.

I fell into the same trap professionally as well. Not all that long ago, one of my company’s executives (and the man I now consider to be one of my career-defining mentors) announced a new corporate initiatives during a meeting. And I wanted to be involved. Badly. But I waited until after the meeting cleared to approach the executive.

“About that task force?” I said. “I think I might be good at that.”

“You THINK you MIGHT be good at it?” he responded, eyebrows raised nearly to his hairline.

“Say what you mean. Get rid of the “thinks” and “mights,’” he nearly shouted. “And don’t turn a statement into a question.”

Making a positive declaration about my personal abilities felt, well, weird. And I held back the desire to immediately follow the sentence with, “I mean, I think I might do well?”

I still catch myself occasionally using “up speak” and putting qualifiers around accomplishments (case and point: When I originally wrote about my kicking abilities in this post, I added two sentences detailing what I was NOT good at). In order to grow professionally and personally, I HAD to become comfortable being my own cheerleader and, in Jen’s words, become unapologetically strong.

Do yourself a favor and read Jen’s post, and try banning qualifiers like “maybe,” “I think,” and “possibly” when expressing your ideas. And let me know what you think. Have you seen or experienced this? Is this a female problem? Or is it a genderless issue that comes with youth and inexperience? 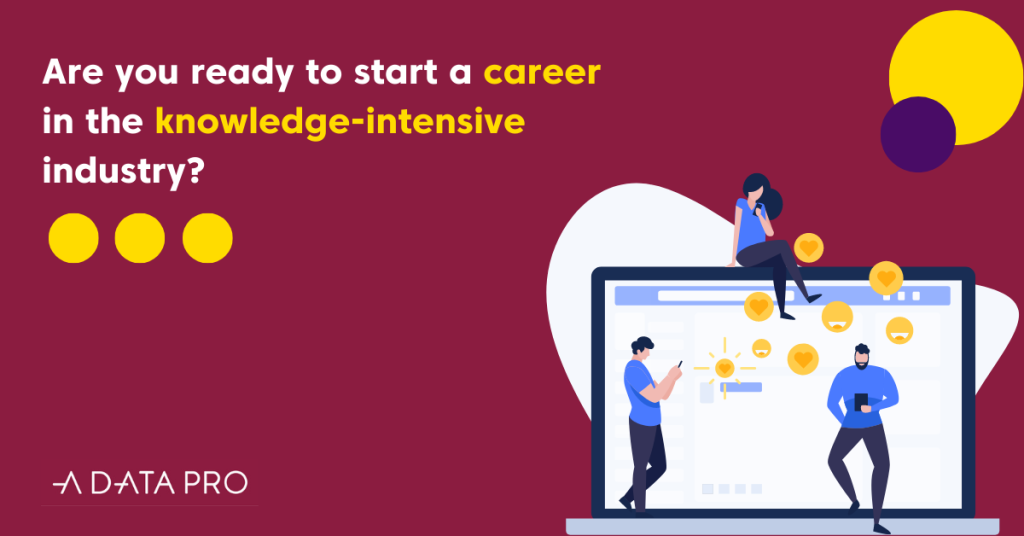 Are you ready to start a career in the knowledge-intensive industry?

A Data Pro’s HR director Milena Ilieva shares her opinion about the essence of working in the information-intensive industry. More and more businesses and ...
analysts, Digitalk, Interview, Media monitoring, services 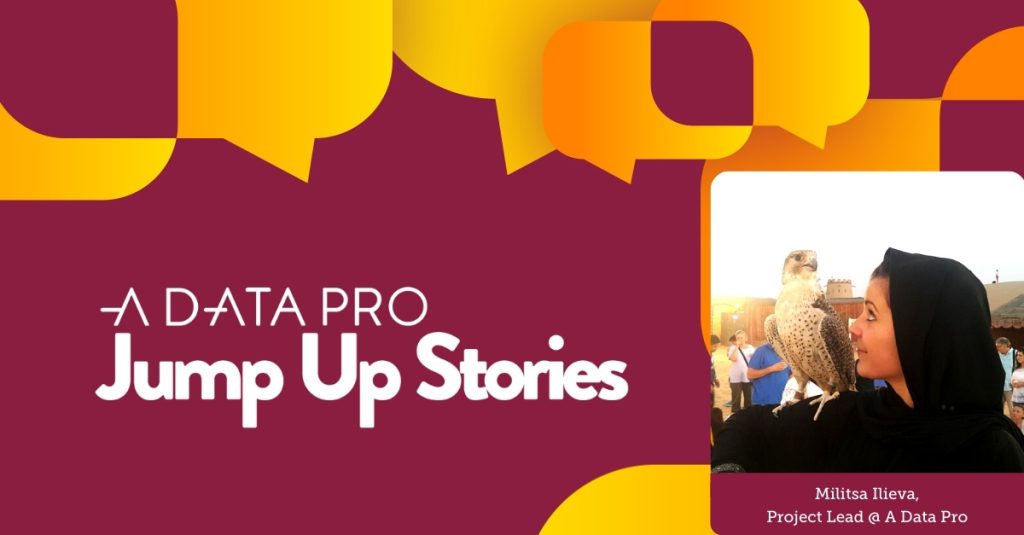 MIlitsa Ilieva has an unparalleled talent for turning any challenge into a great success and responding to the training needs of a whole bunch of people.
A Data Pro, Culture, Jump up stories, Languages, Leadership, Team, Women's leadership 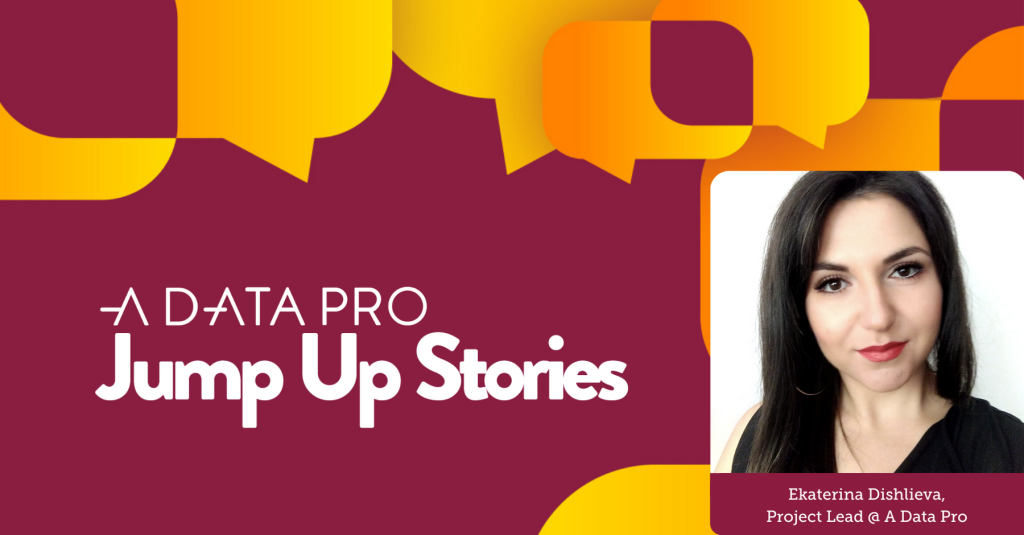 Kate is an absolute professional with a perfect zen-like balance of firmness and kindness in her work. She is one of the most responsible and smart people you'll ever meet and is a great pleasure to work with!
A Data Pro, Culture, Jump up stories, Languages, Leadership, Team, Women's leadership